This page is devoted to showcasing highlights from past C Diamond production sales. These animals have gone on to produce breed leading progeny for their respective owners and positively impacted their programs. We have been very blessed and are thankful for the support of our fellow breeders and commercial cattlemen and we look forward to being their seed stock provider in the future! 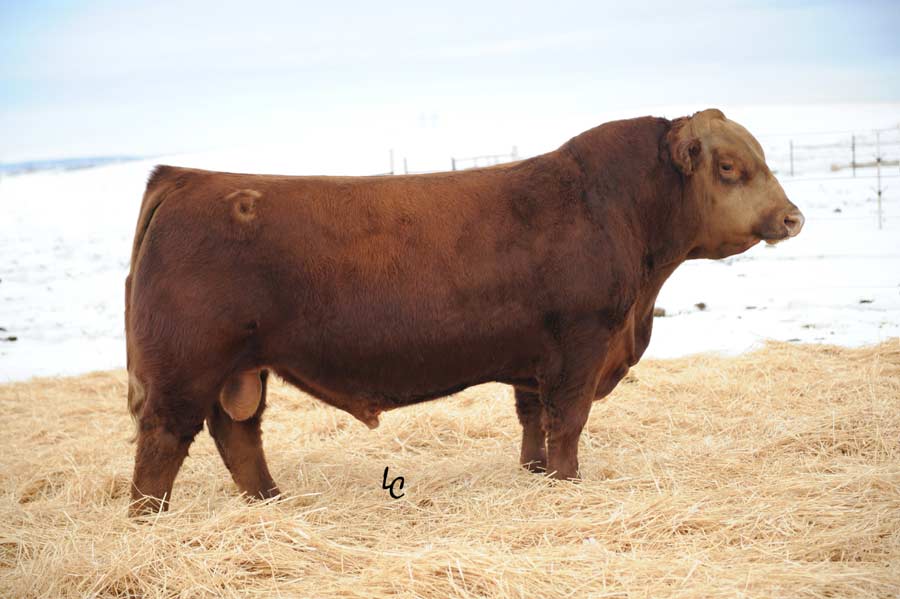 Authority was Bichler Simmentals pick of the Trump sons in our 2011 Sale. He is siring extreme thickness and tremendous depth of body while maintaining/moderating frame in a very eye appealing package. His first daughters will calve spring of ’14.
Semen available through Bouchard Livestock. 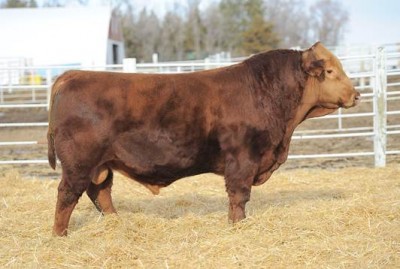 Verdict is a calving ease deluxe herdsire that touts breed leading carcass and API/TI indexes. His first calf crop hit the ground in 2013 and have moved his data set even further in the right direction. His pedigree combination of Shear Force and 701T speaks volumes from a carcass and maternal standpoint. Currently he is (I think) the only red bull that sits above 200 for the API index.
Owned by Wilkinson Farms Simmentals – Semen available. 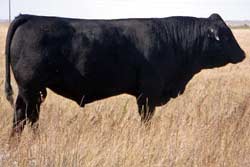 Vegas was Bichler Simmentals 2nd selection in the 2011 Sale as a calving ease prospect. His black Crockett dam is a top producer here and will probably be flushed in 2014. Vegas is another proven heifer bull with excellent maternal potential. He also ranks in the top 2 percent for the API index.
Semen available from Bichler Simmentals. 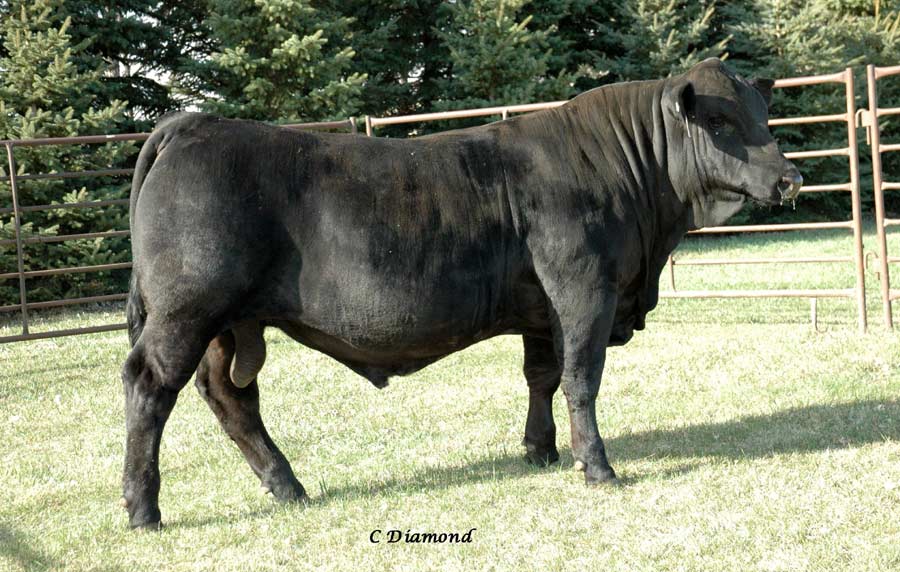 Journey’s unique combination of Predestined 701T and Beef Maker in a HOMO black package made him the high selling black bull in the 2012 Sale to Kellers Broken Heart Ranch. When mated to PB cows, the resulting progeny will be also considered purebred. His first set of calves are very impressive with many more to arrive in 2014. Make sure to check out his EPD profile!
Semen available from Kellers Broken Heart Simmental Ranch

39W was Wilkinson Farms Simmental’s pick of the High Roller daughters that we offered for sale in 2010. She is the dam of their 2nd high seller @ 30,000 to Genex (WS All-Around) in the 2013 Breeding for the Future Sale. 39W’s dam is also the mother to CDI Authority 77X (pictured above).